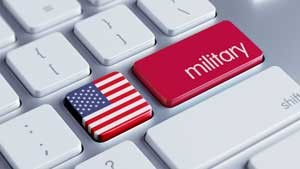 So you want to join the military and you’ve taken the Armed Services Vocational Aptitude Battery, which will determine your eligibility to join as well as determine which jobs you are qualified to fill.

The next step is to receive your scores and analyze how you’ve done.

Before looking at your scores, you should know that the ASVAB is scored based on the Item Response Theory (IRT) model.

This testing model places test questions and examinee abilities on the same scale which according to the military allows the “tests to be tailored to the specific ability level of each examinee and scores to be expressed on the same scale regardless of the combination of items that are taken.”

Sometime after taking the Armed Services Vocational Aptitude Battery, you will receive a report with your results.

Here’s what to look for:

When you look at the report’s front score sheet you should see four different numbers that range between 1 and 99 percent.

These four numbers are in order:

So now you can immediately tell how you did on the ASVAB compared to other men, women and examinees who are around your age.

You should also see three Career Exploration Scores, these scores will be further broken down for you in the ASVAB Summary Results sheet later in your report.

The Career Exploration Scores that we mentioned in the previous section of this article are further broken down on this page.

The scores are made up of composites of verbal skills, math skills and science and technical skills that were tested for on the ASVAB.

Let’s say you received an 87% on the verbal skills composite – this means that you performed better than 87% of your peers who took the test.

Remember, unlike in school, your scores on the ASVAB do not refer to the percentage of questions you answered correctly. Instead, your scores indicate how you did compared to others who took the test. So please keep that in mind as you look at your results.

Now let’s go on to the most important score of all.

Your Armed Forces Qualification Test score, which determines your eligibility to serve in the military, is located at the bottom of the Score Summary Sheet.

The AFQT score is also shown as a percentage. This score is based on your performance on four sections of the ASVAB:

While each branch sets its own minimum score for eligibility, if you see at least a score of 31 percent here congratulations are in order.

Also, if you have received an AFQT score that is over 50 that puts you in one of the top three AFQT categories, which are IIIA, II and I.

This is important because if you are in one of these categories you may qualify for enlistment incentives.

The incentives vary by score and the military branch you are entering but may include sign-up bonuses, additional pay and qualification for better jobs.

Here is a complete list of AFQT categories and score ranges: