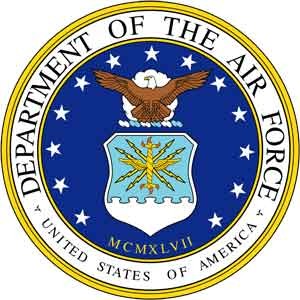 If you are planning on taking, or have recently taken, the Armed Services Vocational Aptitude Battery (ASVAB) with an eye toward joining the Air Force, here’s what you need to know:

The Air Force basically has two uses for the test:

Also, your performance on the ASVAB may make you eligible for various bonus enlistment incentives – which means doing your best on this test is important.

If you haven’t taken the ASVAB yet it is a series of timed aptitude tests that are used to classify selected candidates into appropriate job roles as well as ultimately decide the eligibility of candidates for US military service. The test covers the following areas: General Science; Arithmetic Reasoning; Word Knowledge; Paragraph Comprehension; Mathematics Knowledge; Electronics Information; Auto & Shop Information; Mechanical Comprehension; and Assembling Objects.

After taking the ASVAB, you will receive a report detailing your scores.

The scores listed in the report are all percentages between 1 and 99 percent. These ASVAB scores do not refer to the percentage of questions you answered correctly. Instead, your scores indicate how you did compared to others who took the test. So please keep that in mind as you look at your results.

Among the scores listed in the report will be your Armed Forces Qualification Test score. This score, which is compiled from your scores in the Arithmetic Reasoning, Word Knowledge, Paragraph Comprehension and Mathematics Knowledge areas of the ASVAB will determine if you are eligible for service in the Air Force.

The Air Force requires a minimum AFQT score of 36. However, some exceptions are made for a small number of high school graduates who can score as low as 31. Most of those accepted into the Air Force score a 50 or above.

The four composite areas, which the Air Force refers to as MAGE, are:

If you did not score well in the aptitude area that you wanted, you may be able to retake the ASVAB. The Air Force allows recruits to retake the ASVAB to improve their enlistment options. To qualify for the retest, you will need to be interviewed by telephone or in person by a recruiting flight chief who will then approve or disapprove the retake.

The four qualification areas are: